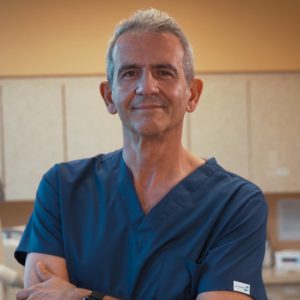 Dr. Kaiafas was born and raised in northwest Indiana. He received his undergraduate degree at Indiana University in Bloomington, Indiana in 1989, where he graduated Phi Beta Kappa.

Dr. Kaiafas moved back to northwest Indiana where he worked at the Centers for Pain Management in Merrillville, Indiana.